Born (1972) and raised in Buenos Aires, Argentina, Astrid Dick currently lives and works in Paris. She began to paint intensively on her own at 13, and later, excited by mathematics and social frictions, begins her studies in economics in Buenos Aires, while continuing to draw in her free time. In 2002, she is awarded a Ph.D. in economics from MIT. Having led a double-life between art and economic research for many years, at age 36 she abandons her post as university professor to devote herself entirely to art. She was artist-in-residence at the Atlantic Center for the Arts, the Vermont Studio Center and the Leipzig Spinnerei and has shown her work through solo and group shows in Europe, the US and Argentina, such as the Grand Palais in Paris and the Manoir de la Ville de Martigny, Switzerland. Interview with Young Space, 2020 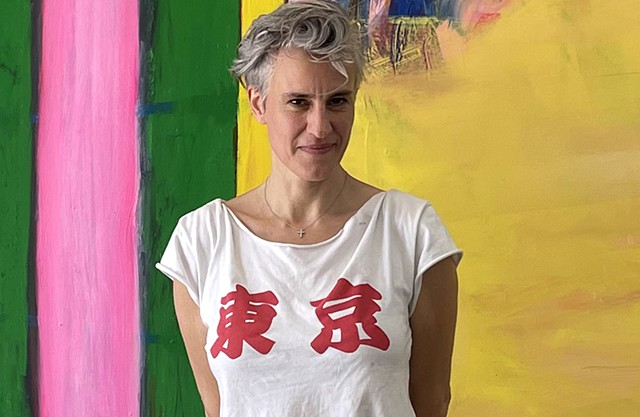